17
For one who is free of the doer ego, his intelligence is untainted. Even though he kills these warriors, he does not kill, and is therefore not bound. 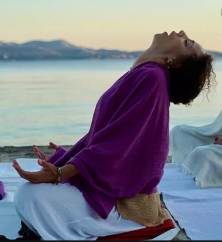 It is not desires that are the problem, but rather the attachment to them. What is ‘killed’ as a result of your realization of non-doership is your attachment to desires.

Your karma is written into the script of your life based on the dictates of your ego. Free of the sense of doership, your script is swept clean and you attain Freedom and unending Happiness.

“His intelligence is untainted” Intelligence is buddhi, the faculty of intellect, reason and discrimination. When your intellect is ‘untainted’, you can tell the difference between things and know the truth. But because we have so many desires, buddhi gets tainted by our attachments to them. 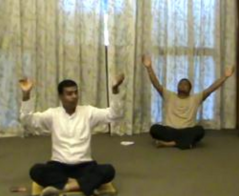 “For one who is free of the doer ego”
Ego in Sanskrit is ahamkara, which means, “I do”. This should give you some idea of how surrender to God in meditation works to free you from this bondage and bring you to the highest enlightenment.

You must take this on faith until you experience it for yourself as fact. Your mind, with its doer-ego at its core, will try to contradict this new realization, but now, through complete surrender to Absolute God, you have the evidence right before your very eyes!

“Even though he kills these warriors, he does not kill, and is therefore not bound.” The key is in what your dharma is (this is discussed in more detail later in verses 40-45). You may know intuitively, or you may be self-deluded. It is up to each individual to seek the Truth with pure sincerity and self-honesty, and arrive at the correct answer.

Then, once you have this worked out, if you find that your dharma is to be a warrior for instance, you must understand, even if only intellectually at first, that the Real You does not kill, and take this on faith. Then, and only then, are you in a position to proceed without creating more bondage for yourself. With this enlightened understanding, you will quell the fear of death and be the hero you were meant to be.

Begin contemplating what the Real You and God/Truth are really like by following the “Ten Keys to Success.” Mastery of these universal principles will insure your success at anything, and deliver special powers.